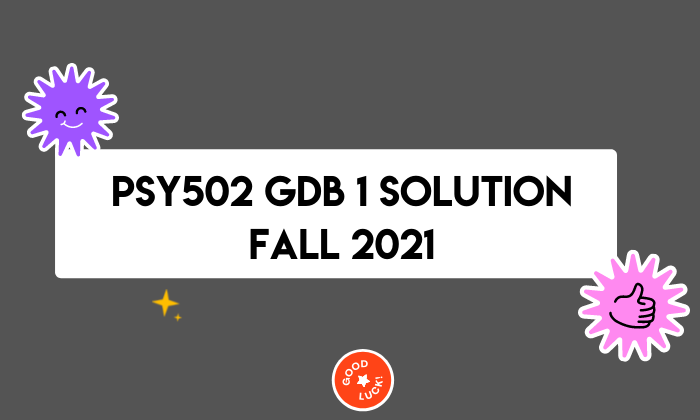 Are you looking for Psy502 GDB 1 Solution Fall 2021? If yes then you have reached at the right place because we are going to offer you best of the best solution to make your grades better.

If you feel hungry at noon even if you have done your breakfast late on that day, what is basically cause this? Explain the process and reason with reference to the concept of classical conditioning.

The above scenario mainly focus on the process of learning in which imperative point is classical conditioning.

Before stepping towards the cause of hunger, we must have to glance at the classical conditioning.

Classical conditioning (also known as Pavlovian or respondent conditioning) is learning through association and was discovered by Pavlov, a Russian physiologist. In simple terms, two stimuli are linked together to produce a new learned response in a person or animal.

Classical conditioning is a process that involves creating an association between a naturally existing stimulus and a previously neutral one.

is learning through association and was first demonstrated by Ivan Pavlov. Pavlov showed that dogs could be conditioned to salivate at the sound of a bell if that sound was repeatedly presented at the same time that they were given food.

First the dogs were presented with the food, they salivated. The food was the unconditioned stimulus and salivation was an unconditioned (innate) response. Then Pavlov sounded the bell (neutral stimulus) before giving the food.

The classical conditioning process involves pairing a previously neutral stimulus (such as the sound of a bell) with an unconditioned stimulus (the taste of food).

The classical conditioning process involves pairing a previously neutral stimulus (such as daily Lunch or Noon Meal) with an unconditioned stimulus (Afternoon time).

This was all about Psy502 GDB 1 Solution Fall 2021, you must not copy it, just attain an idea from this grand discuss board.