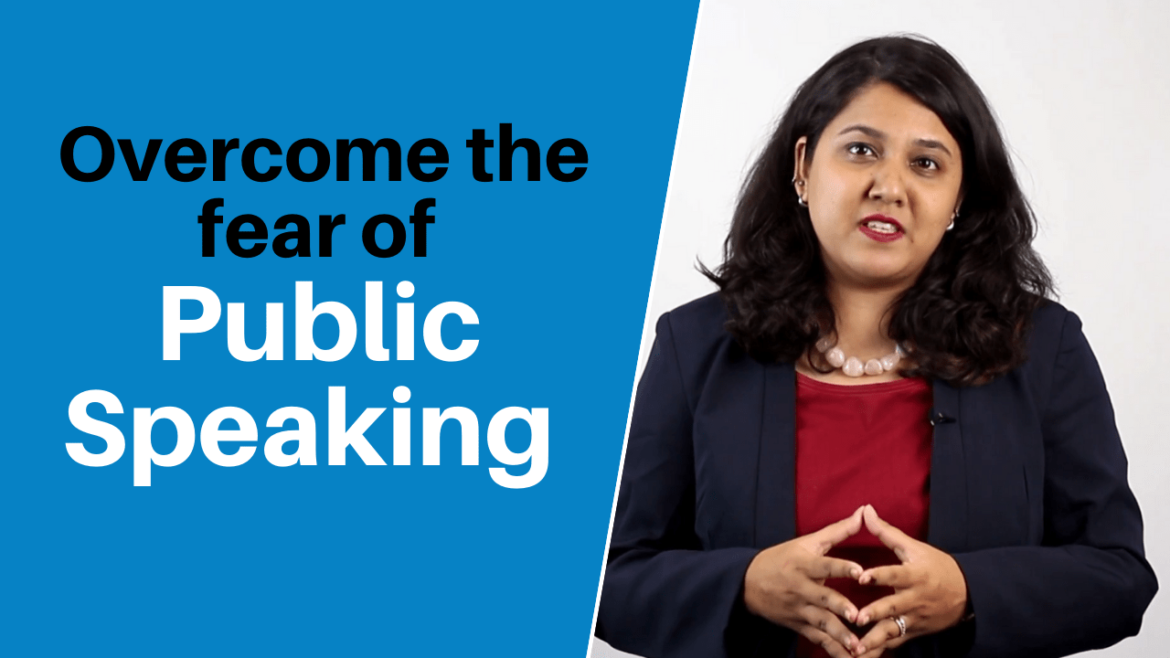 Overcoming Public Speaking Fear and Anxiety, Many people around us tell that they are afraid of public speaking. Many people say they fear public speaking more than death, according to reports. Because, more than any other action in life, speaking in public exposes us to being assessed by others in a very intimate way. This dread of being judged is what causes anxiety, which may be crippling at times.

What I’m attempting to convey here is that there’s a physiological reason why we get frightened when we have to speak in front of a group of people. Public speaking is perceived by our bodies as a “risk situation” that needs an increase in adrenaline production. Our terrifying sensations are caused by an excess of adrenaline.

In this article, I am going to share with you how to talk in front of a group of people without feeling nervous and Overcoming Public Speaking Fear and Anxiety. And, guess what, if you can “talk in public without feeling afraid,” guess what – YOU CAN SPEAK IN PUBLIC”!

Approximately 5% of the population has no fear of speaking in public and, in many circumstances, looks forward to it.

Additional 10% are afraid of speaking in front of others but do not have a serious phobia.

However, the great majority of us (about 80%) have a mild to severe fear of speaking in public; we don’t do it unless it’s absolutely necessary, and we try to avoid doing so whenever possible.

Then there are perhaps 5% of us who have an extreme and practically crippling fear of speaking in front of an audience.

I should tell you right now that I have a strong, and at times exaggerated, fear of public speaking, and that I fall between the 80 percent and the 5% classifications. This material will benefit individuals who are not afraid of public speaking but only wish to improve their performance.

What Causes Us to Be Afraid?

Of course, this is a difficult issue to answer. For many of us, the source of a moderate to severe fear of speaking in public is unrelated to anything we experienced as children. Some, on the other side, may be able to link the symptoms they suffer when compelled to speak in public to a specific event. There is a lot of options to be confident and start afesh.

What’s the bad news for Public Speaking Fear and Anxiety?

Today Overcoming Public Speaking Fear and Anxiety is important because As we are compelled to speak in front of an audience, our bodies’ natural “fight or flight” response kicks in, causing an oversupply of adrenaline to be created that we see speaking in front of an audience as a very serious “danger situation.” Adrenaline is responsible for all of the symptoms that make us seem and feel afraid.

The revelation that my symptoms are triggered by an overabundance of adrenaline shortly before I have to speak in front of a group was the key to overcoming my fear of public speaking. And believe me when I say that this is also the key for you.

Why Overcoming Public Speaking Fear and Anxiety? It doesn’t matter why we respond the way we do when we have to speak next to a group or whether we remember a specific occurrence that triggered our dread. Without the symptoms of terror, we may speak in public in a more methodical and gentle way than we ever dreamed possible.And, surprise what? We CAN SPEAK IN PUBLIC IF WE CAN SPEAK IN PUBLIC IN A CALM MANNER!!

Just before you have to speak in front of a group, anyone can relieve the symptoms of public speaking anxiety by taking a safe, inexpensive, doctor-prescribed, and non-addictive prescription. Overcoming Public Speaking Fear and Anxiety is compulsory and a doctor’s medication helps us to regulate the underlying source of our symptoms just as they’re about to become out of hand. As a result, what I’m about to teach you will benefit those of us who have to give presentations on many day-to-day occasions, including businesses who need to be relaxed and confident enough to focus on their performance.

Tips to Help You Overcome Your Fear of Public Speaking

The words “public Speaking” cause dread and nervousness in the personalities of in any case able and sure individuals. Does the prospect of talking before a gathering inspire dread, make you sweat, and get your heart beating? It’s reasonable you have glossophobia – the anxiety toward public talking.

Glossophobia is one of the most well-known of fears. There are numerous ways of expanding business openness so what’s the point to defeat your talking nerves? Moving forward to the platform not just positions you as a specialist in your space of business yet it additionally gives easy references and further developed deals open doors.

Introducing a non-deals useful discourse heats up your objective market and fabricates trust. Dissimilar to unending cold pitches, individuals you present to and circle back to are more open to paying attention to your contribution of items and administrations.

Beat your feeling of dread toward public talking and lift your business with these seven hints.

Nothing helps facilitate the feeling of dread toward public talking more than knowing your material. The capacity to interface with your crowd comes from having the certainty you will not get lost during your conveyance. Practice a few times before the lofty talk. Time your show and consistently have back up material in the event that time is left finished.

3. Try not to Just Memorize the Words

Best tip for Overcoming Public Speaking Fear and Anxiety is Becoming the best at public talking comes not from retaining in exactly the same words your whole discourse. The genuine professionals realize their material by recollecting central issues and prompts on subtopics and guides to cover.

4. Keep away from Common Bullets

Most of business introductions and talks are exhausting discourses loaded up with unending PowerPoint slides and list items. Waste the PowerPoint show and make your material the point of convergence of the discussion. Assuming you really do utilize PowerPoint, adopt the strategy of utilizing visuals that rapidly pass on your message.

The most ridiculously unfortunate snapshot of any show is the one moment before your stage entrance. Utilize the strategy of world class competitors by picturing a positive result and utilizing profound stomach breathing to lessen pressure and fabricate certainty.

6. Track down a Friend to Focus On

Preceding your public talking in front of an audience acquaint yourself with a couple of individuals from the crowd in the first column. During your discussion look at these individuals without flinching to facilitate your nerves and associate with your crowd.

7. Connect with the Audience

Making a talk show puts the whole errand of illuminating and engaging the crowd on you. Make your discussion a two-way communication with questions and support to decrease fatigue and talk easily. Having the gathering included likewise gives you an opportunity to revamp your considerations in the event that things are going off course.

Unveil talking a piece of your showcasing plan and lift your business achievement. Your apprehension will dissipate after some time and you will ask why you didn’t begin sooner.

As we have talked about Overcoming Public Speaking Fear and Anxiety. You do not even have it for the following reasons: Taking the drug over time during public speaking events allows the brain to reconsider how it feels about addressing it in front of an audience. Each public speaking engagement will boost your confidence when you notice you don’t appear or feel terrified after using the medicine. Your brain will ultimately realize that public speaking is not the dangerous condition it has portrayed it to be.

The drug can make the shift from being afraid to speak in public to be confident to talk in public much simpler. As a result, the medicine should not be viewed as a “crutch,” but rather as a “training tool” that will enable you to retrain your brain to recognize that speaking in public does not need an excessive amount of adrenaline to live.

What are the Problems in Teaching Skills and their Solution?

An Essay On Importance Of English Language

Why the Use of Technology in the Classroom...