Home Concepts How to Understand the Concept of Metaphor in Easy Way?
ConceptsHow To

How to Understand the Concept of Metaphor in Easy Way? 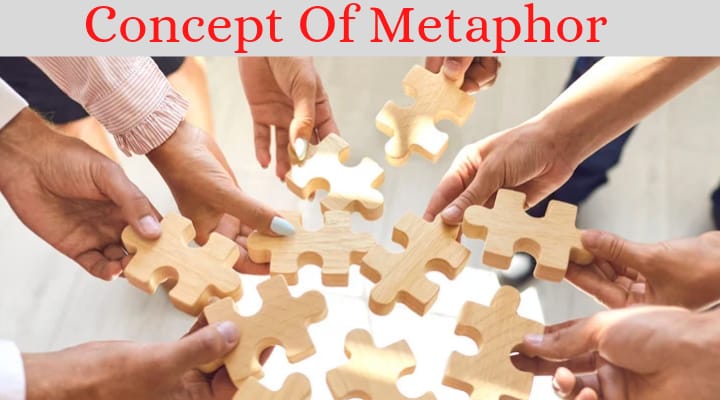 Do you know about the Metaphor? Still don’t know how to understand the concept of Metaphor? Oh ok! No worry, if you don’t know about it, it’s time to stay determined. Because we are going to offer you a guide related to Metaphor. It will clear you all concepts. Let’s start…

What are Basically Concepts of Metaphor?

A metaphor is basically a “Figure of Speech”. Now the question arises that what actually a figure of speech is?

“A figure of speech is a departure from the ordinary form of expression or the ordinary course of ideas to produce a greater effect.”

Also Read: How to Understand the Concept of Globalization in an Easy Way?

Now that you are known the term metaphor from where it belongs we come to the concept of metaphor and try to understand it.

How to Understand the Concept of Metaphor?

The word metaphor is derived from the Greek word Metaphor which means “to carry across”.

“The elaborate or fanciful way of expressing something.”

“A figure of speech in which word or phrase literally denoting one kind of object or idea is used in place of another to suggest a likeness or analogy between them.”

“He is drowning in paperwork” is a metaphor in which having to deal with a lot of paperwork is being compared to drowning in an ocean of water.

Similarly, if we say that “Jack has a golden heart” it doesn’t mean that he has a heart of gold because it is said in terms of metaphor.

Also Read: How to Overcome First Year Of University Challenges?

Tenure is the subject which we try to describe.

The vehicle is the object whose attributes we borrow.

For example: “All the world’s a stage”

Here “the world” is the tenor and the “the stage” is the vehicle.

A metaphor is an “implied Simile”. It does not like the Simile, which states that one thing is like another or acts as another, but takes that for granted and proceeds as “two things were one”.

1. Her eyes were diamonds.

3. The news was a dagger to his heart.

4. Revenge is a kind of wild justice.

Now we put a light on the comparison between simile and metaphor.

The main difference is that the simile compares things by using “as like” whereas metaphors compare the things directly without using as or like.

Thus instead of saying,

“Richard was a lion in the fight.”  [metaphor]

Similarly, instead of saying,

“The camel is the ship of the desert.”  [metaphor]

We may expand it and say,

1. Variety is the spice of life.  [metaphor]

This can be expanded as,

2. The waves broke on the shore with a noise like thunder.  [simile]

We can also say it, The waves thunder on the shore.  [metaphor]

Types Of Metaphors to Understand the Concept of Metaphors

Metaphor has many types some very common types are discussed as follows to get better knowledge about how to understand the concept of Metaphor.

Primary metaphors are the most basic type of metaphor in which two items are compared side by side and the meaning is cleared.

For example: “Love is blind”

In mixed metaphors, an object can be identified with two or more different things in the same sentence without any logic.

For example: “I smell a rat, I see it floating in the air, but I will nip it in the bud.”

Such metaphors compare two things that have no clear connection. That is why they are also known as anti-metaphors.

For example: “Love is death by pampering”

These metaphors compare one thin with another without explicitly considering or mentioning the other object.

Those metaphors are very much used so that they lost their real impact. For example: “It’s raining cats and dogs”

The type of metaphors in which two abstract things are compared is called conceptual metaphors.

For example: “Time is Money”

Those metaphors that are too rooted in our daily life that we hardly consider them as metaphors are called root metaphors.

For example: “Life is a Journey”

Also Read: How to Analyze People With Dark Psychology Pdf

How To Create Your Own Metaphors?

It may be difficult to start but once you make an imaginative mind, you will come up with your own metaphors.

First, you have to choose the character or object on which you want to write about. Then think of other objects that share characters with it.

Some Very Common Examples of Metaphors

Those metaphors which we often use in our daily life or which everyone uses in daily speaking are categorized as everyday life metaphors. Some of them are as follows and you may familiarise yourself with them.

· Life is a highway.

· His heart is an old iron.

· The snow is a white blanket.

· Smile is a good medicine.

Those metaphors which use the natural thing with other things to create a comparison are called nature metaphors.

· She is a shining star.

· You are my sunshine.

Heartbreak metaphors are those which include metaphors with deep emotions or sad feelings.

· He broke my heart.

· Her words cut deeper than a knife.

· Marry is drowning in a sea of grief

These metaphors are used by writers to create an emotional response or show an imaginative picture and they make our writings more interesting.

· My thoughts are stars.

· Her mouth was a fountain of delight.

· Fear is the best that feeds on attention.

The kid-friendly metaphors are those which we use to compare the kid’s activities or their attitudes with other things.

Some of them are as follows:

· Marry is a dragon.

· Her eyes were pearls.

· His hairs are a nest of a sparrow.

· The classroom was a zoo.

I hope that now you may know what actually a metaphor is because we explain all about how to understand the concept of Metaphor? So, it’s time to use them in your reading and writing or you can make your own metaphors. These are widely used by writers to create interesting images for readers and make their writings more attractive.

How to Earn Money From Moj App? Earn...

How to Overcome Fear of Speaking English in...

How to Get Free Money on Cash App...